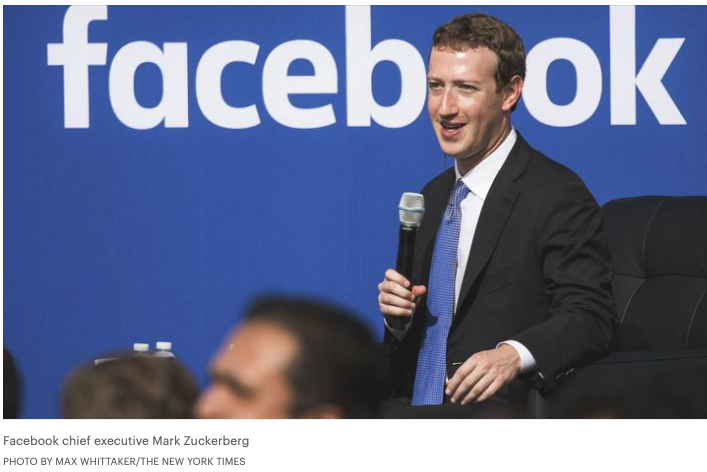 The dismissal of an antitrust lawsuit on Monday helped to put Facebook Inc. into the $1 trillion club, achieving a market valuation that only four other companies have hit on U.S. stock exchanges.

The Menlo Park social media giant’s stock jumped more than 4% after a judge tossed an antitrust complaint brought by the U.S. Federal Trade Commission and a coalition of state attorneys general. Its shares dropped slightly in early trading on Tuesday but its market cap remained at $1 trillion.

Nearly all of company’s revenue is from advertising done on Facebook and Instagram. It also gets some from hardware products that include Oculus virtual-reality headsets.

All of the other four trillion-dollar companies on U.S. exchanges are from the tech sector:

The only other company in the world with a valuation of $1 trillion is also the world’s most valuable business — oil giant Saudi Aramco, which is valued at more than $7 trillion. It trades on the Saudi stock exchange Tadawul.

NEED TO LEASE A BUILDING? Learn About Leasing Services
We use cookies on our website to give you the most relevant experience by remembering your preferences and repeat visits. By clicking “Accept”, you consent to the use of ALL the cookies.
Cookie settingsACCEPT
Manage consent

This website uses cookies to improve your experience while you navigate through the website. Out of these, the cookies that are categorized as necessary are stored on your browser as they are essential for the working of basic functionalities of the website. We also use third-party cookies that help us analyze and understand how you use this website. These cookies will be stored in your browser only with your consent. You also have the option to opt-out of these cookies. But opting out of some of these cookies may affect your browsing experience.
Necessary Always Enabled

Performance cookies are used to understand and analyze the key performance indexes of the website which helps in delivering a better user experience for the visitors.

Analytical cookies are used to understand how visitors interact with the website. These cookies help provide information on metrics the number of visitors, bounce rate, traffic source, etc.

Advertisement cookies are used to provide visitors with relevant ads and marketing campaigns. These cookies track visitors across websites and collect information to provide customized ads.

Other uncategorized cookies are those that are being analyzed and have not been classified into a category as yet.